Karen Goetzinger is a visual artist who after living in Wisconsin, Minnesota, and New York, resides in Ottawa, Ontario, Canada. Through the use of mixed media such as acrylic, ink, graphite and oil pastel, she expressively marks the imprint of time and place on individual memory. Each large scale painting is intentionally without figurative elements allowing each viewer to become the human element, in solitary interaction with the abstract landscape and their own narratives.

She holds a Bachelor of Arts degree in Fashion Design with an emphasis in Fine Arts from Mount Mary University in Milwaukee, Wisconsin. Her work is exhibited by public and commercial galleries throughout North America (in cities including Toronto, New York, Milwaukee, and Grand Rapids) and has been shown in exhibition spaces in China and Australia. It hangs in both private and corporate collections internationally.

Recent recognition for her work includes a 2019 ARTicipate Endowment Fund grant and exhibition award at the Shenkman Arts Centre LaLande + Doyle Exhibition Space in Ottawa, Ontario,Canada. In 2017 she was invited to participate in the Biennale internationale du lin de Portneuf in Quebec. Her work has been funded by both the Ontario Arts Council and Canada Council for the Arts.

Karen has taught at the Ottawa School of Art and by invitation in Australia and New Zealand. She was appointed to the Ottawa 2017 Arts, Culture, and Heritage Investment Program Steering Committee and was unanimously elected to the Arts Network Ottawa Board of Directors in 2013, serving two consecutive three year terms.

A Poem To Be Written

Despite Appearances There Was a Lightness in Her Step

Just Before Dawn When the Birds Sing 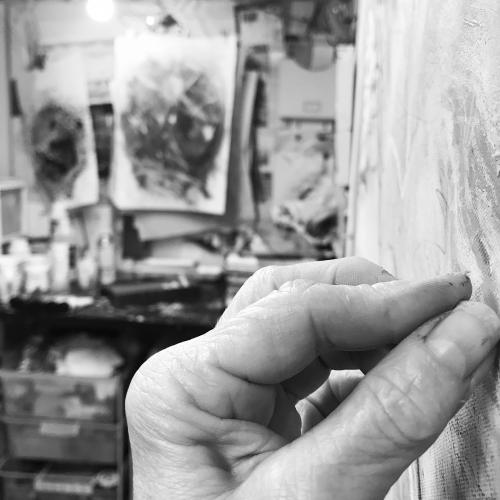 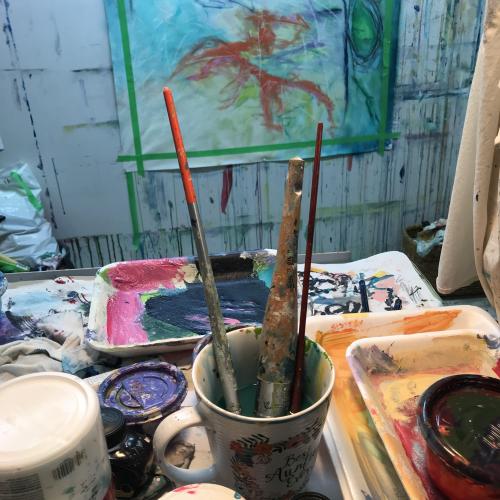 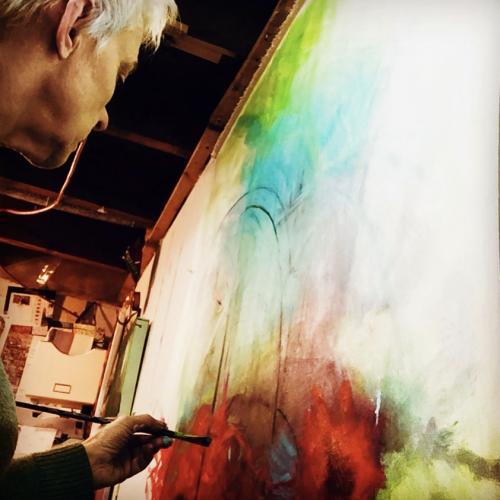 What do you listen to when you work?

Coffees per day and from where

The day has to start with coffee 3-4 cups home brewed coffee before I head to the studio.

What kind of artwork do you have in your home?

Describe your home in 3 words

Ottawa, Ontario
Beauty in the Inconsquential

Try-before-you-buy with a 3 month rental. 100% of your rental payments go towards the purchase (interest free). Message the artist directly, and start the conversation.

We make it easy for you to try art with smart payment plans and try-before-you-buy models.

See How It Works

Artwork protection is included on all art rentals up to $5K. Our Customer Care team is always here to help.

1% from every transaction goes towards SKETCH WORKING ARTS.